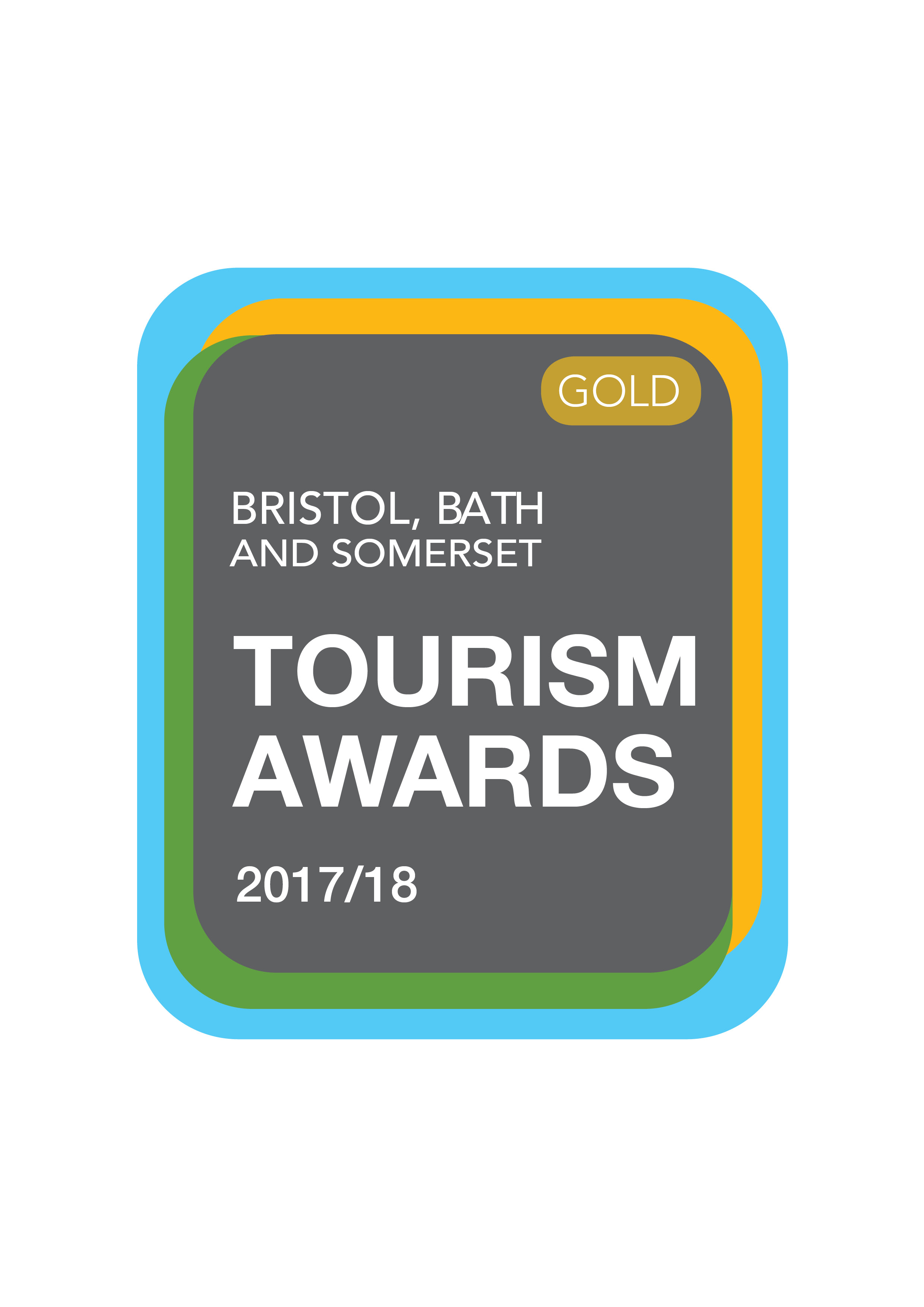 We are delighted to have won a Gold award at the Bristol, Bath & Somerset Tourism Awards 2017/18, in the category of “Bed & Breakfast of the Year”.

We were a tad shell-shocked to  be honest but after finally coming back down to earth we want to thank everyone who has supported us since opening The Old Stables in 2016 – support from our family, friends, guests and colleagues has been paramount to our great success.  We love what we do and to be awarded B&B of the Year for doing something we love is just the cherry on top of the Bakewell Tart

A capacity audience of the best tourism businesses from across Somerset witnessed 70 trophies being presented to winners at the awards ceremony held on 9th November, 2017. After 6 months of assessing evidence and judging by a panel of experts the winners were announced by Laura Rawlings from BBC Radio Bristol, who was joined on stage by Marcus Trescothick MBE. The winners were all presented with individually crafted hand inscribed awards by Will Shakspeare, from Shakspeare Glass in Langport.

Somerset based organiser Nell Barrington said “these awards showcase the best that Somerset, Bristol and Bath have to offer visitors; from food and drink to attractions, experiences, accommodation and new for this year, guided tours. I hope that as many as possible can go on to win in the South West and then VisitEngland Awards, to raise the profile of this magnificent area.”

Pete Downes, of Bristol Airport, the Headline Sponsor said “We are delighted to support the Bristol, Bath and Somerset Tourism Awards. It is inspirational to see the range of attractions and organisations represented at the Awards and hear the individual stories of hard work and success from across the region’s visitor economy.  We know first-hand, inbound visitors from across our route network are attracted to the diversity of this area. All successful regional airports need a thriving tourism sector on their doorstep, and so it is pleasing for us to be able to show our appreciation by supporting these awards. As part of our recently-announced three year partnership with VisitBritain, we look forward to increasing our work with airlines, tourist bodies and destinations promoting the South West region via the international gateway of Bristol Airport.”

Successful businesses in the Bristol, Bath and Somerset Awards will now be fast tracked into the South West Tourism Excellence Awards in February 2018 and then possibly on to the National Visit England Awards later in 2018.  Keep your fingers crossed for us!